Don’t Blame the Fireman for the Fire 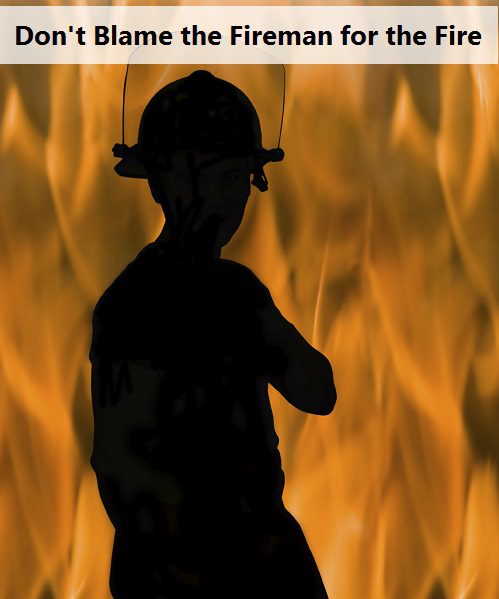 Remember the movie Backdraft? The movie is an action thriller about Chicago Firefighters and a series of arsons that result in the death of several firemen.   An alderman from the city council who is running for mayor and a long standing member of Engine 17 are behind this deadly plot. It turns out the alderman was being paid off by contractors to shut down firehouses and “Axe” was the one starting the fires.  In most cases fireman are not responsible for the fires they fight. They are simply there to help put out the fire and save lives. The same is true for cholesterol.

Cholesterol gets blamed for being at the scene of the fire, or inflammation in the body’s case. However, it is there to do what is was called to do, put out the fire and save lives.  Cholesterol is the body’s natural healing substance that comes to the rescue when there is injury in the body.  When our arteries get inflamed cholesterol shows up to be the healing salve to the wound.  When the lining of the artery is injured by a toxin, infection or free radical, a signal is sent to the liver, which then produces the LDL shuttle to deliver the cholesterol to repair the damage. When the damage is repaired, or the threat is neutralized, cholesterol is shuttled back to the liver in the HDL. Calling LDL the “bad” cholesterol is like calling the fire truck on the way to the fire the “bad” fire truck, whereas the fire truck on the way back to the fire station is the “good” fire truck. It makes no sense. You can learn more about the biochemistry of cholesterol from Chris Masterjohn’s website Cholesterol-and-Health.com.

How did we come to refer to cholesterol as good or bad? Just like the movie Backdraft, there was an elaborate plot behind blaming the wrong guy that involved a single investigator and a governmental “conspiracy.”  I can’t say whether the conspiracy behind cholesterol was intentional or not. Most likely it was just an oversight of a very zealous researcher and a government desperately searching for answers, but the result is the same, the wrong person gets blamed and people get hurt. The idea that cholesterol is the problem was first hypothesized by one researcher and quickly adopted by our governmental authorities as fact and thus set the stage for decades of misguided research and recommendations. you can read the fiery details in The Great Cholesterol Con. Now we have people dying by the millions due to a preventable disease and yet we are told to watch our cholesterol levels.

The truth is cholesterol is just doing its job. When you’re doctor says you have high cholesterol you need to ask what is causing the fire alarm to buzz and not just try to take out the fireman. If you or someone you love is dealing with high cholesterol, I recommend working with a holistic health practitioner or functional medicine doctor to uncover the root cause. A great place to start is Chris Kresser’s free e-book with tips for naturally reducing your risk for heart disease.

Was this information new to you? Do you have questions? Post in them comments below.